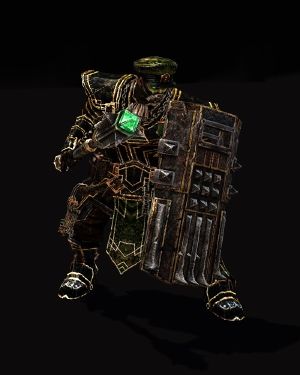 Before the Grim Dawn he was the warden of Devil's Crossing. He lived in a mansion in the Burrwitch Estates, performing experiments on taken prisoners in his Hidden Laboratory.