The Tomb of Korvaak is an underground world area in Act 4, with a single entrance in the Asterkarn Valley.

The tomb features a secret area that can only be unlocked during the Kymon's Secret side-quest, or after completing it. However, if the player decides to side with the Order of Death's Vigil on a later difficulty (Elite, Ultimate), the secret area will no longer be accessible. The tomb can be accessed as part of Daila's Secret Quest regardless of this.

This area is also used in the Cult Activity quest. 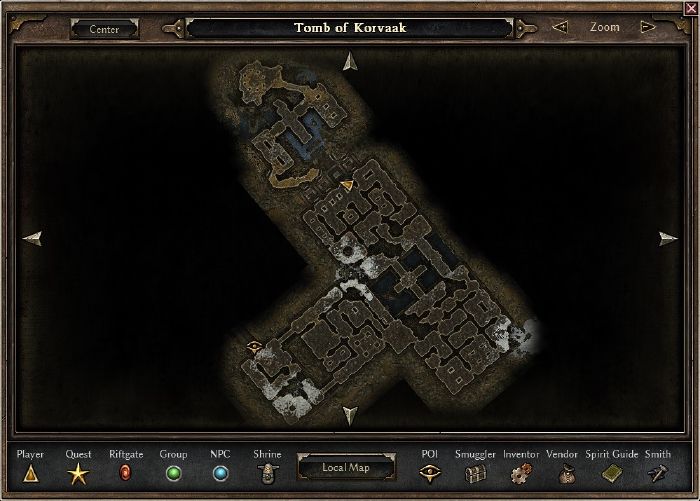