The Hidden Path is an extended side quest taking place across all four acts of Grim Dawn. Although beginning in Act 1, the player must first reach Act 2 to obtain some Dynamite before the quest can be unlocked.

The quest expands on the in-game lore pertaining to the three Witch Gods of Cairn. 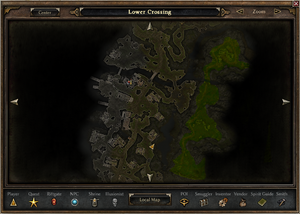 The Hidden Path is accessed by unblocking a secret area in Lower Crossing. Two Dynamite are required for the Detonation Site. A small hidden side-area can then be explored, at the end of which lies the Guardian of Dreeg boss creature. On death it will drop the Runestone of Dreeg and  a note, The Hidden Path - Dreeg. Picking up the Runestone will activate the quest. The note provides details for the next stage of the quest. 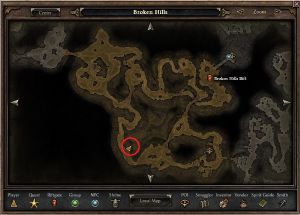 The quest continues in Act 2. In the south-west of the Broken Hills a second secret area can be discovered behind a stone gate. There the player will encounter the Guardian of Solael. On death it will drop the Runestone of Solael and a note, The Hidden Path - Solael. 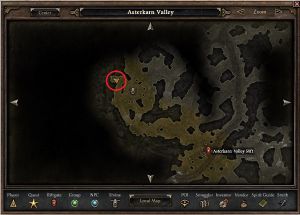 The Third stone can be found in the Asterkarn Valley region, in Act 4. From the Rift gate head northwest to an area with standing stones and (on Normal) a Devotion Shrine. Close by behind a destructible crumbling wall is another note, The Hidden Path - Desecrated, which gives a clue for the location of the final Runestone. 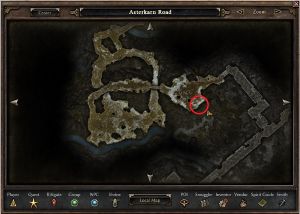 Backtracking through the Asterkarn Valley to the edge of the Asterkarn Road area, a third secret area can be located. Exploring this area will lead the player to a breakable wall which uncovers the entrance to a cave containing the Guardian of Bysmiel, who will drop the Runestone of Bysmiel and The Hidden Path - Bysmiel note. Picking up the Runestone will grant the Player a quest progress reward of  an Attribute Point. 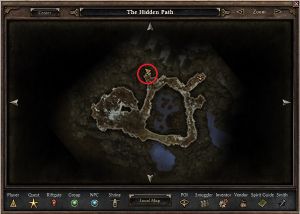 This section of the Hidden Path also contains a Loose Stone which, when activated, opens a door to the Foundation of Corpses, an optional secret challenge area containing Rashalga, the Mad Queen.

Temple of the Three[edit | edit source] 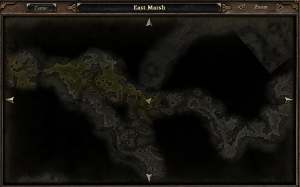 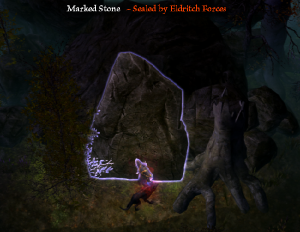 Screenshot of the Marked Stone.

Together, all three Runestones provide a clue as to the location of the Temple of the Three - the East Marsh. On entering the area and following the road to the broken bridge, follow the river edge east to find a large Marked Stone, partially concealed by trees. The stone will open if the player has all three Runestones, revealing another small hidden area which leads to the entrance of the Temple of the Three.

At the end of the Temple dungeon lies the bossroom of The Sentinel. Killing him will unlock the Sanctum of the Witch Gods, where the player can speak to The Attendant and complete the quest.