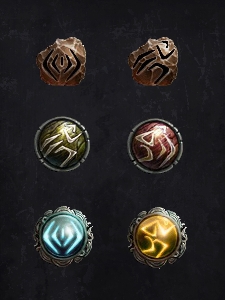 Rune Augments are a kind of Augment introduced with the Forgotten Gods Expansion. They are applied to Medals only, and grant the player various mobility skills, which respect dynamic barriers, dynamite barricades and the pathing system.

There are three tiers of Rune Augments: