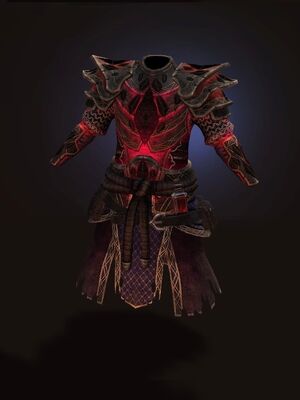 "Rah'Zin's nightmares were consumed by the void, warping his very thoughts and wishes until he became an agent of the very thing he feared."