Overlord Van Aldritch is the final Boss creature for Port Valbury. He spawns together with Councilman Garl and Councilman Hallos.

The three pass around Aldritch's Scepter, indicated by an icon above their head. Whichever holds the scepter gains the Scepter Storm buff and the Aetherbolt Nova Skill.

After the fate of Port Valbury was sealed, the Aetherial known as Aldritch shed its human form and embraced the tainted nature of the Aether itself. Having turned the entire council of Valbury under its sway, it now rules over the fallen city with a strange relic known as the Scepter of Aldritch in hand. 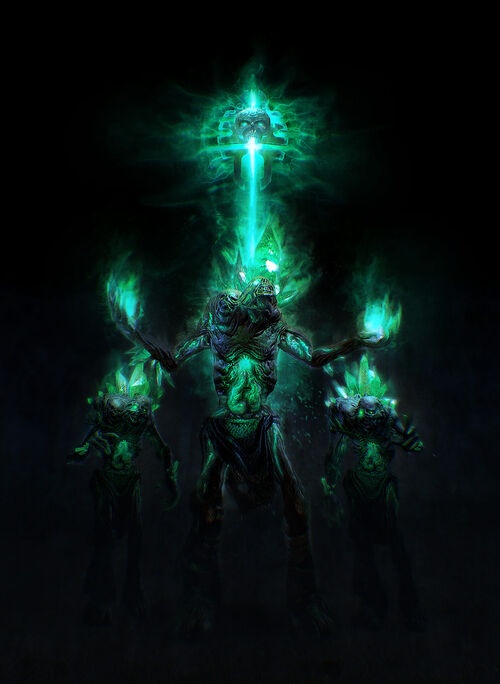