The Map Room of Rahn is an area in Act 7 It has a hidden and unmarked entrance in the Remnants of Korvan City, just south of the Sunward Spire Shrine. The camera may need to be rotated to click on it.

The area can only be accessed after completing the Word of Rahn quest for the Cult of Solael, and is otherwise blocked. 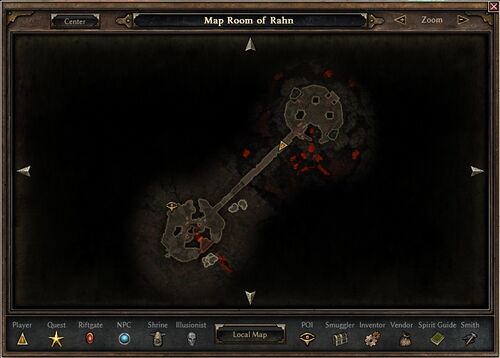 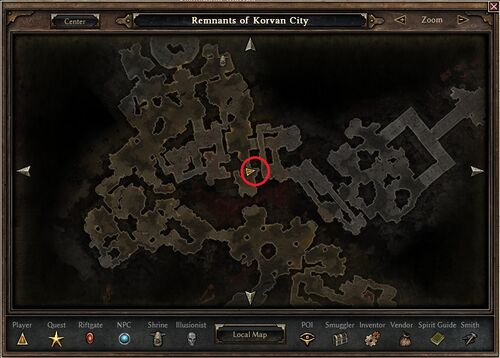