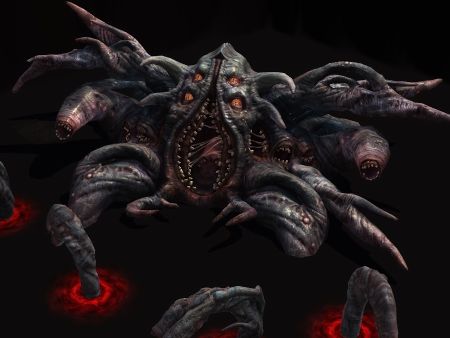 The Loghorrean, the Voice of Ch'thon is a unique Boss creature located in the Edge of Madness.

He is the final boss for Act 4 and must be killed to access the next difficulty and complete The Bane of Cairn quest.

The fight is divided into 3 phases: