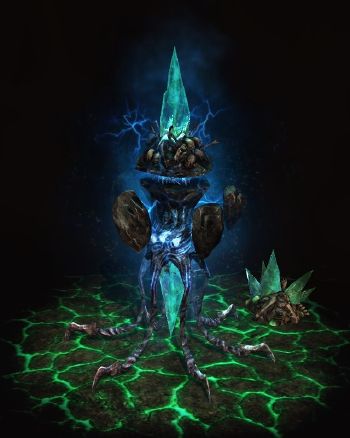 The Herald of Destruction is a unique Boss creature that can be found in The Immolation. To enter the area the player must have the quest Legion Retribution however. He must be killed to complete this quest.

The Boss fight is divided in two phases, The Herald is first anchored to the ground, attacking the player and summoning Overminds.

Once 50% of it's health bar is depleted, the boss releases itself and flies over the battlefield. 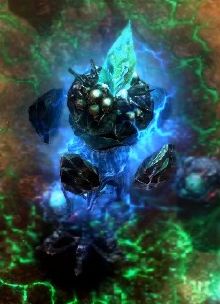