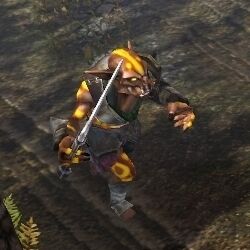 Grobles are a creature type belonging to the Beastkin race. They are small goblin-like creatures and are divided into different clans, each clan specialising in a different damage type. Groble casters can also drop a Monster Infrequent caster focus item.

All Groble clans have the same five variants in common, plus a unique caster.

Death Clan Grobles specialize in Vitality Damage, and are found only in the Craig's Crags area in Act 1. 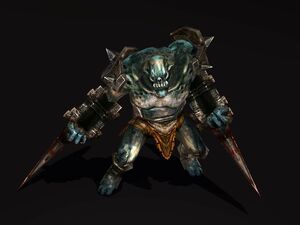 Grobles are sometimes found in the company of a Dranghoul. Much larger and mor powerful than normal Groble, it is unknown if Dranghouls are Grobles or not, but always spawn with them.