There are many gods worshipped by the denizens of Cairn. Each with their own agenda and each with an eye on one another. Those with enough faith in the gods are granted power far beyond that of a normal human.

"You know it only as Ch'thon, whose blood courses through your veins, as it does in every living being. But the Dead God yearns to return from the void; it calls to its blood, gathers it. Someday soon, Ch'thon will be reborn." - The Messenger

The primordial Ch'thon, also known as the Elder, Dying, or Dead, God. He is the figure of worship to the Bloodsworn.

The Forgotten God. Korvaak is a primordial being, gathering worshippers to face the growing strength of the Dead God.

The Witch Gods are three deities who reside in the Eldritch Realm.

Dreeg, the oldest, watches over all. His peerless gaze pierces through your very soul and sees you for who you really are.

Bysmiel, through her vast web of servants, tugs on the strings of fate that bind all. It was she who taught the first occultists in the art of binding eldritch beings and it is through her machinations that the empire is still aimlessly hunting worshippers to this day, their inquisitors confounded by the endless weave of decoys and dead ends.

Solael, the youngest of the Three. Eldritch fire is at his behest, the very essence of the eldritch realm his to mold and shape as he sees fit. Clothed in black robes that hide his gaunt frame, Solael glides unseen through the shadowy veil to hunt unwitting mortals for their vitality. Many a devout of Solael had been asked to make the ultimate sacrifice, to present themselves before the dark god and offer their life so that Solael may bestow his infinite wisdom upon those that remain.

"I am the Lord of Beasts, protector of nature, and guardian of the Rhowari. Your mortal kind calls me Mogdrogen." - Mogdrogen

A titan created during the war of the gods, Mogdrogen has become the god of beasts and is said to roam the wild reaches of Cairn. Legends claim Mogdrogen is a shapeshifter, usually seen as a giant wolf but occasionally taking other forms, even that of a human. Mogdrogen roams the far reaches of Cairn, guarding the wilds against the encroachment of civilization. - Mogdrogen the Wolf 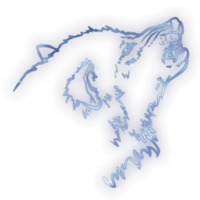 Menhir, god of the earth, is a steadfast protector of Cairn. He is prayed to equally both by men eager to defend their home and farmers hoping for a bountiful crop. Ancient stone monoliths mark sacred grounds of Menhir to this day. - Obelisk of Menhir

Ulzuin the Betrayed was once a god of healing and ceremonies, but millennia of torment following a most grisly betrayal from his lover has twisted the once benevolent entity into a bitter deity interested only in vengeance and destruction. - Ulzuin's Torch 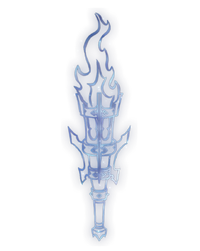