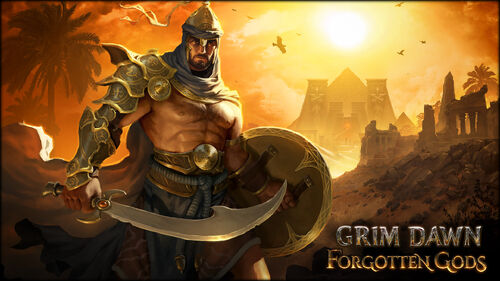 Forgotten Gods is the second content Expansion pack for Grim Dawn, released on March 27, 2019. It requires the Ashes of Malmouth Expansion to play.

In the Forgotten Gods expansion, the player will journey beyond the bounds of the Erulan Empire, traversing burning sands, lush oases and volcanic wastes to reach the sun beaten ruins of a city with secrets that should never have been disturbed. The flames of a forgotten god have been rekindled, sending ripples through the Eldritch realm and sowing terror even among the Witch Gods themselves. 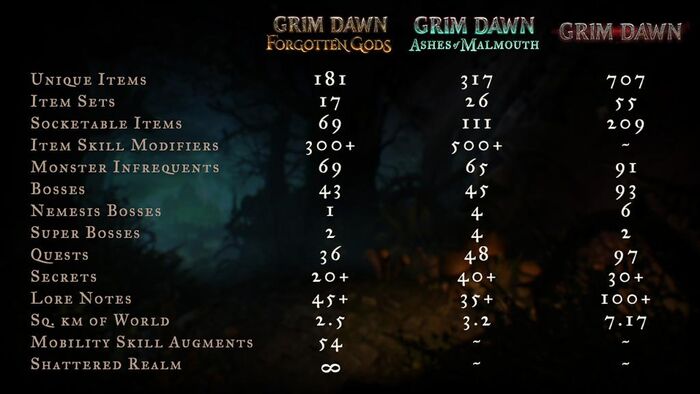