Entropy is a world area in Act 4 and the fourth and final level of the Bastion of Chaos.

The Unique Boss Shar'Zul, Harbinger of Chaos resides at the end of the level. Defeating him unlocks a treasure room which contains a Transcendant Chest and an Obsidian Wealth, as well as a Chthonic Rift which teleports the player to the surface near the Bastion of Chaos entrance.

Creatures in Entropy are offset 5-6 levels above the player. 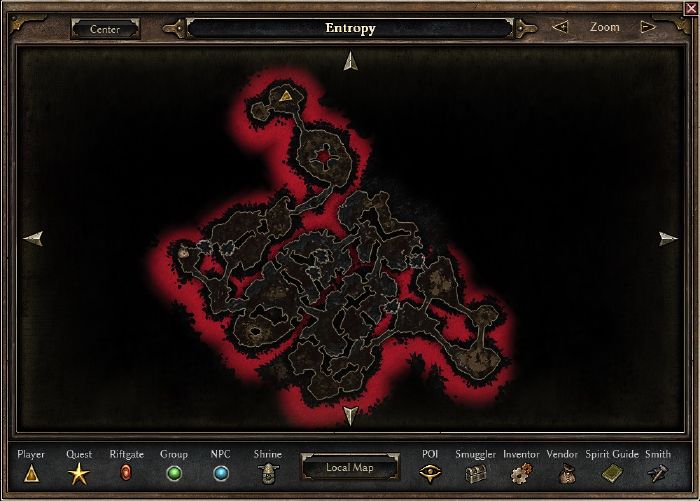