Devil's Crossing is a world area in Act 1, and where every character begins the game.

The area is made up of an old Prison where various human survivors of the Grim Dawn have taken refuge. The inside of the prison, along with a few outlying buildings, makes up the starting town and central point from which the wider world of Cairn can be explored.

I was a prisoner here back when this place still served as an actual prison. When the world went down the slith hole, I stayed here with a few others; it was the safest place I could think of. Clearly Bourbon thought the same when he showed up with the rest of the survivors. Things escalated quickly. I'm sure it was us who fired first, but it was them that fired the last. Those prisoners that survived were driven out and 'set free'. Now call me a coward for all I care, but I hid when the fighting got ugly. Came out later looking like another refugee and no one was the wiser. Never could forgive Bourbon for what he did to us though. - Direni

Devil's Crossing is home to a number of NPCs who can provide services and quests for the player. Some are located in Devil's Crossing at the beginning of the game, while others need to found or rescued in other areas of the game world. 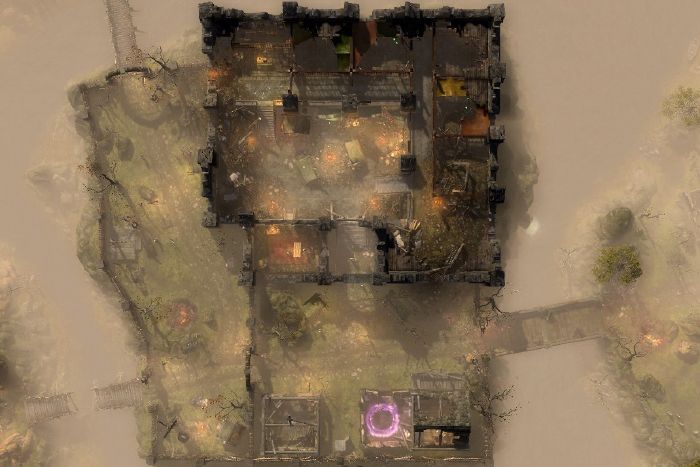