Deadman's Gulch is a small Act 3 area. It has a Riftgate and connects to Smuggler's Pass and the Mountain Deeps.

To the east can be found a gully full of Aetherfire. Halfway along the gully there is a trail branching off to a small side area with several Manticores. It terminates in a mine entrance leading to The Immolation, which is unlocked during the Legion Retribution Act 4 side-quest. 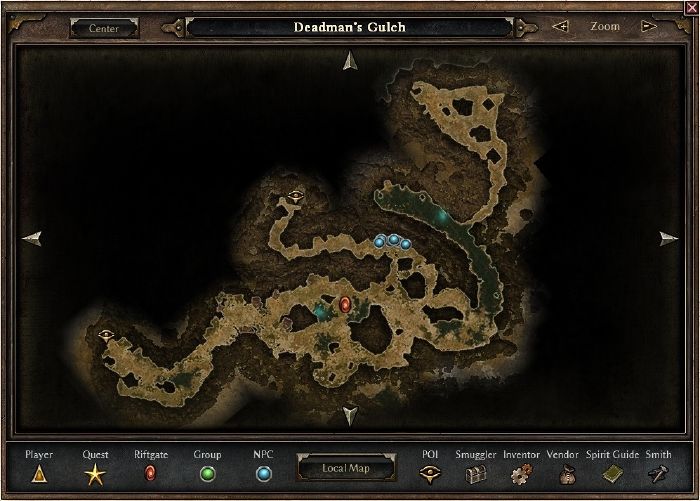