Court of the Magi

Court of the Magi is a world area in Act 7. It forms the second level of the Tomb of the Heretic "Roguelike" Challenge Dungeon.

The north-east of the map fearures a raised structure that houses the seven magi the area is named for. Two random magi will spawn inside. 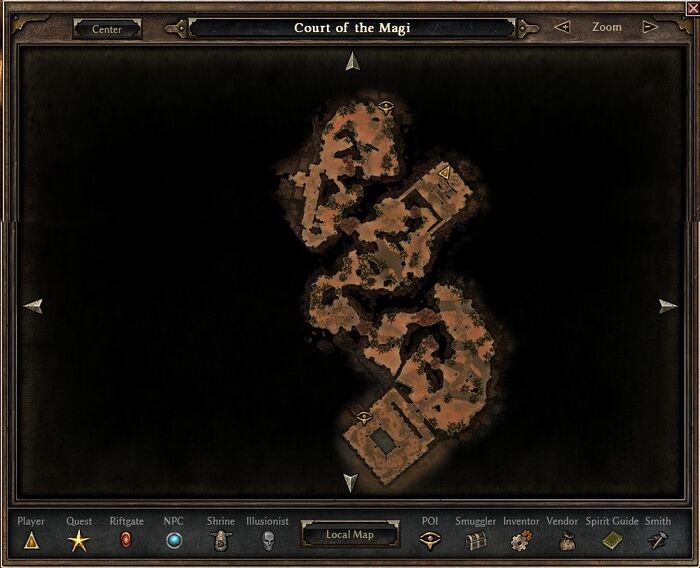