Wrathfire is an Order of Death's Vigil Faction Bounty.

Underneath Burrwitch, in the Warden's Lab, were conducted some of the Aetherials' early experiments into resurrecting our dead.

The research was spearheaded by several Aetherials, including a Taken known as Halvastra Wrathfire. Though it is too late to prevent what was discovered in those labs, we can still lay vengeance upon one of the masterminds behind the operation.

A reward of iron bits awaits the one who slays the Aetherial witch.

Halvastra Wrathfire has 3 spawn locations in the Inner Laboratory section of the Warden's Laboratory (see map below). 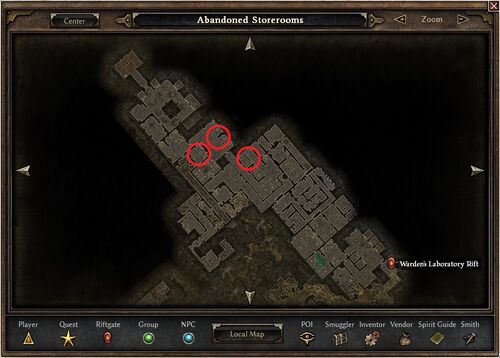