The battle with Korvaak's minions continues. Perhaps eliminating one of their commanders will create chaos in their ranks.

Go to the Infernal Wastes and slay the one called Reynar, the Loathed.

The destruction of this abomination shall be rewarded with iron bits.

Reynar, the Loathed is a Korvaak's Champion hero with three possible spawn points in the Infernal Wastes, north of the Riftgate. 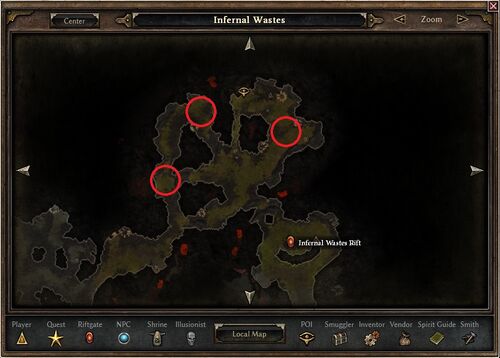