Lord of Lost Souls is a Rovers Faction Bounty.

In the Arkovian Foothills, there is a cavern known as the Spined Cove. There, an ancient Arkovian spirit known as Baron Wradlith has dominated over the other spirits, rallying them under his command.

For now, the spirits remain within the caves, but the undead can be unpredictable. This Lord of the Lost Souls must be banished before he even considers leaving his underground kingdom.

Baron Wradlith, Lord of the Lost Souls is located in the Spined Cove. 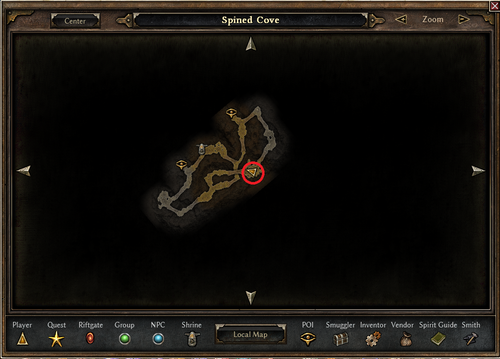