Igor "The Brawler" was a brutal man with more muscle than brains back before the Grim Dawn.

Now rumor is that he's accepted Cronley's Aether crystals to become even stronger. If such a beast of a man ever decides to attack Devil's Crossing, he could cause some serious harm.

Anyone that tracks down the Brawler and puts him down will be justly rewarded with some of our scavenged materials.

Igor "The Brawler" has several spawn locations inside Cronley's Hideout (see map below): 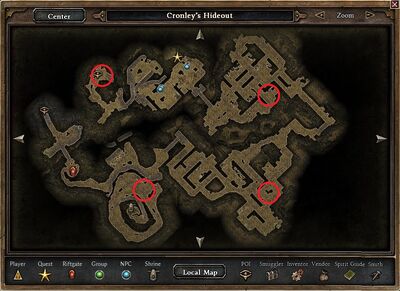