This is a Black Legion Faction Bounty.

The Legion requests assistance with a priority target.

Harrath, a Fleshwarped troll, was believed slain at the riftgate outside Homestead. Through means we cannot explain, he has returned and is once again wreaking havoc around the Rotting Croplands. This threat must be exterminated, again.

Any assistance will be compensated with materials from the Legion stores.

Harrath, the Returned has 4 spawn locations in the Rotting Croplands: 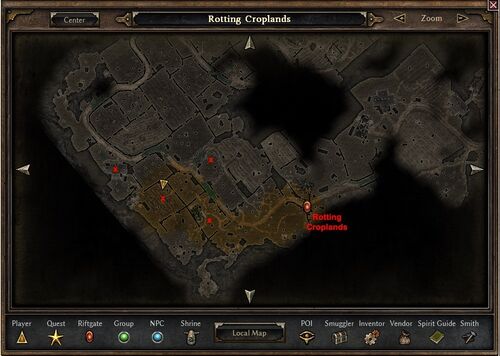