Cripple the Cult is an Order of Death's Vigil Faction Bounty.

The Cult's activites in Darkvale are getting out of hand. It is time to strike at the head of the snake, two heads to be precise.

Two of the cult's prominent members, Bolvar the Bloodbinder and Zaria the Carver, have been spotted in the Blood Grove and near the village of Darkvale.

The Keeper has demanded their lives. End them and you shall be rewarded with materials from our stores. The Order shall provide enchantments to assist in the mission.

Bolvar, the Bloodbinder is Located in The Blood Grove, while Zaria, the Carver is at the devotion shrine at the north end of the Village of Darkvale.

Note that on accepting this bounty, the player is granted the Death's Vigil Enchantment, which lasts for approximately 20 minutes and adds Cold damage to your weapon(s). 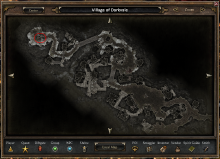 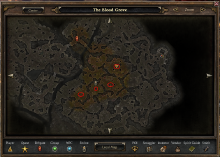