We must strike a devastating blow at the highest ranks of Korvaak's followers.

None have faced this target and lived to tell the tale. But seers in the dreeg camp have reported recurring visions of his intense brutality.

Travel to the Tomb of the Eldritch Sun, hunt down Brother Segarius, and end his life.

This is a highly dangerous task, which we will gladly compensate with rare scavenged materials.

Brother Segarius, Vengeance of Kymon has 5 possible spawn points in the Tomb of the Eldritch Sun, three on level 1 and two on level two. 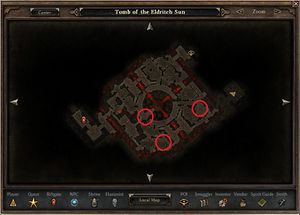 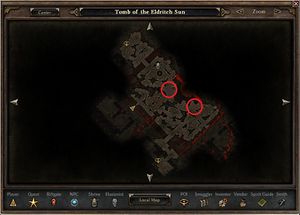