Bonebleach Basin is an Easter Egg level in the Forgotten Gods Expansion. It has an entry point in the Cairan Docks which is unblocked during the Crate Secret Quest.

The Basin was once a seabed, but has long since dried up. The area is subject to sandstorms which cause damage over time to the player, but can be traversed by leeching life from the resident packs of Dromedary creatures, or by taking cover in one of several sheltered areas.

The Desert Altar requires the Chillheart Legendary sword to activate and leads to another secret level, the Edge of Reality. 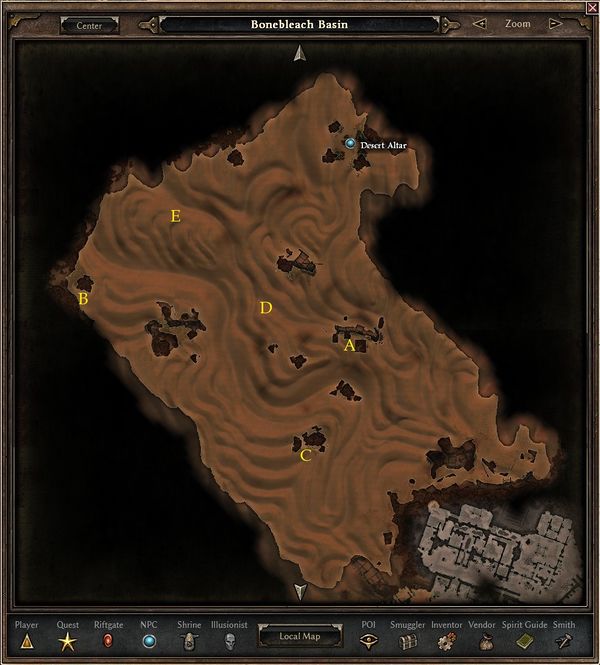